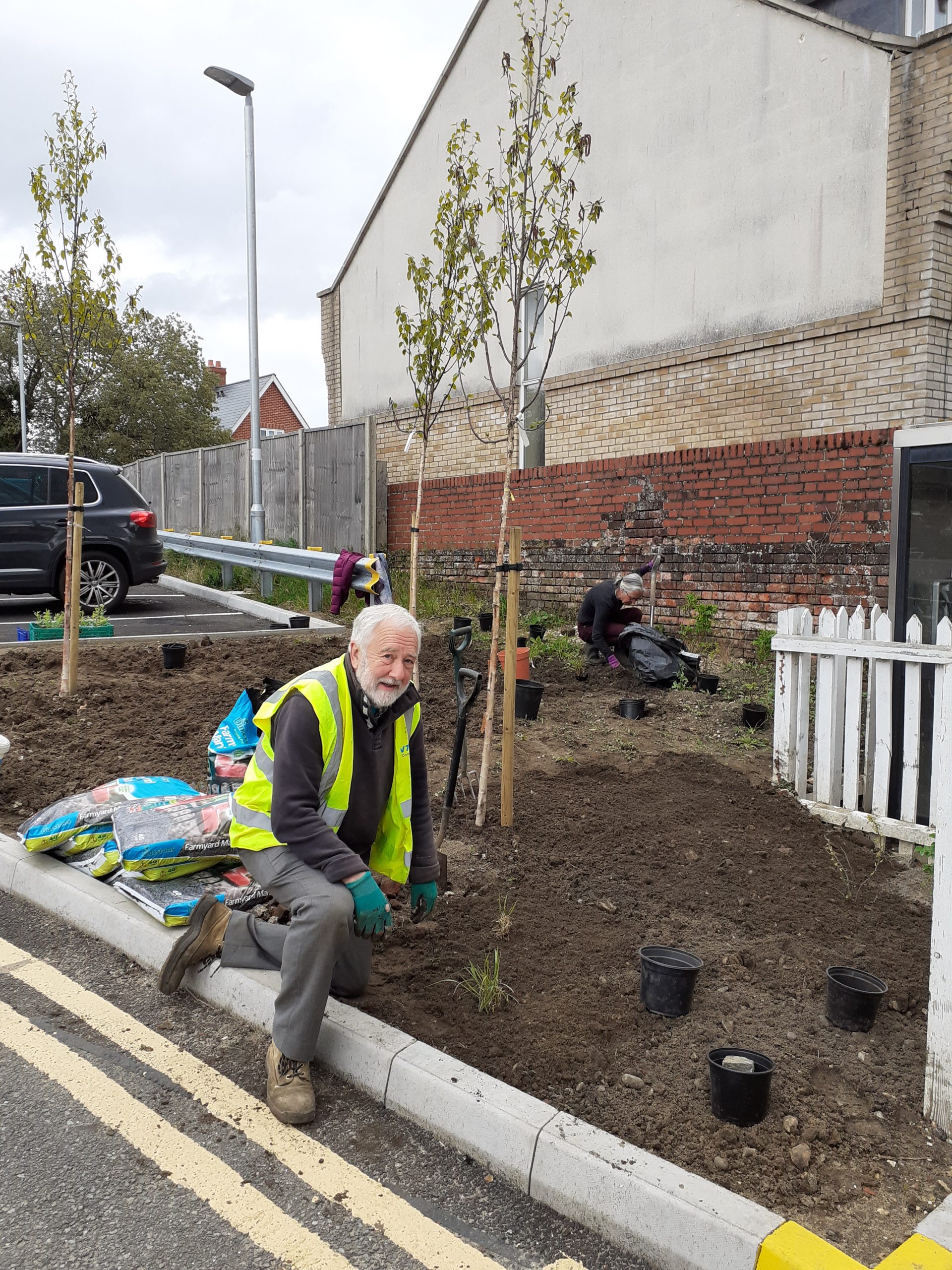 The development of a new wildlife friendly station garden at Saxmundham station has received a boost thanks to additional financial support from East Suffolk District Council and Saxmundham Town Council.

The local councils have pledged the funding to help station adopters, Sally Ford and Deborah Dann, create a new garden as part of the station’s overall redevelopment after it was damaged by fire in 2018.

Planting advice has been provided from  award winning garden designer, Frederic Whyte, who has been commissioned by the Town Council to design a planting scheme for the borders at the front of the station on a ‘Dutch urban’ theme.

Sally and Deborah plan to create wildflower areas elsewhere at the station, including a large area at the bottom of the car park. They plan to install a hedgehog house and use recycled wood to create refuges for insects

District Councillor John Fisher who contributed £248 from his community enabling budget said ‘It is a real privilege to be supporting the work of the excellent volunteers who work so hard to improve the station.

Town Councillor Tim Lock commented ‘The Town Council were happy to pledge £611 of their Sax in Bloom budget for the innovative planting scheme which will make the new station a fantastic destination for people visiting the Town.