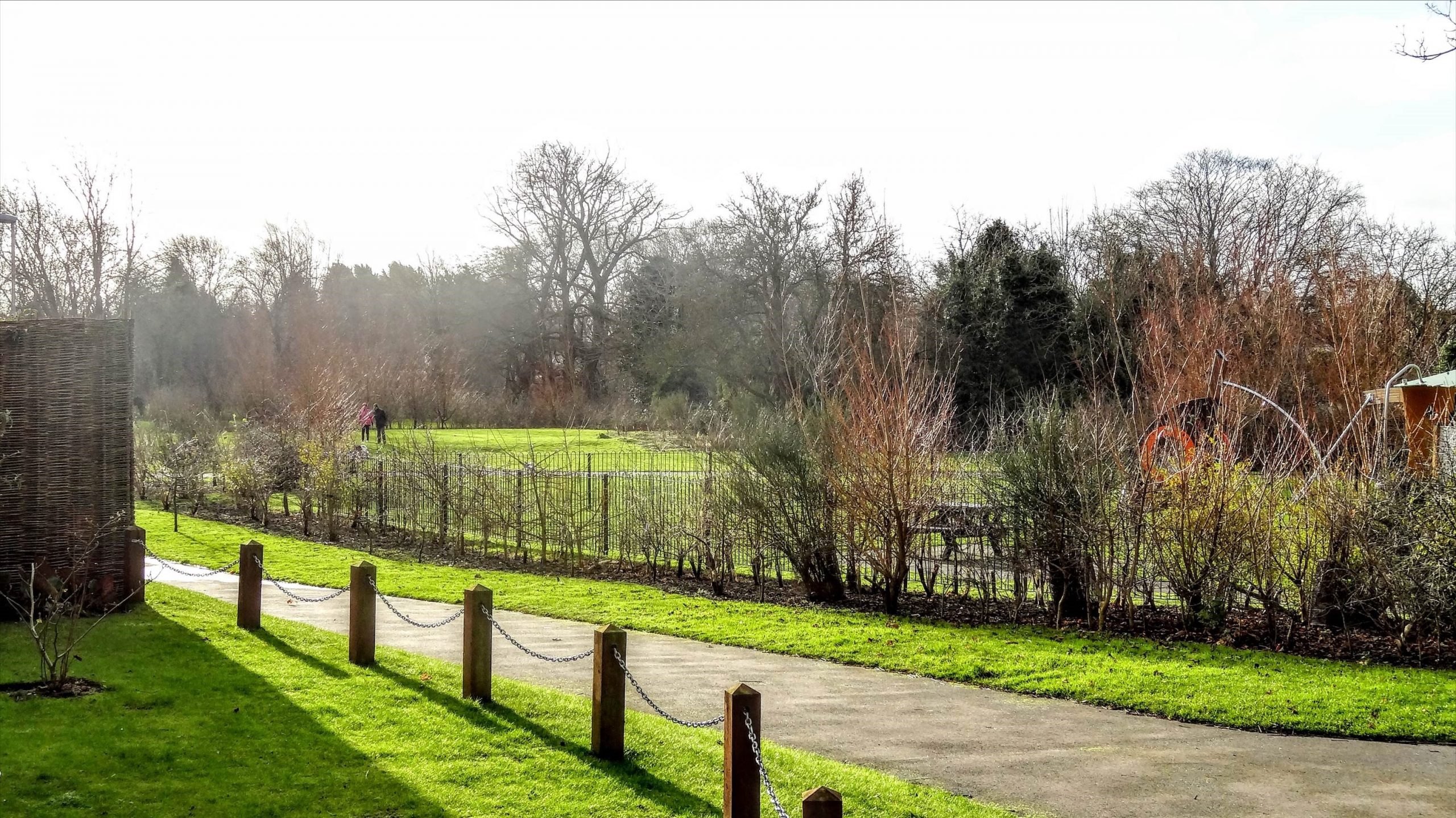 The Independent Examiner to the Saxmundham Neighbourhood Plan, Mr John Slater, has decided to call a public hearing on the draft Plan.

He has issued a formal Saxmundham Notice of Public Hearing (dated 16th December); the Hearing will take place on Friday 27th January 2023 at 9.30 am in The Hall of the Fromus Centre, Street Farm Road, Saxmundham, Suffolk, IP17 1AL.

The key issue for the hearing – the masterplanning of the new South Saxmundham Garden Neighbourhood.

In his Notice, Mr Slater explains:

“Following my Initial Comments document, which I sent out on 1st November 2022, I have now received responses from both the Town Council and East Suffolk Council.

Based on the information provided I have concluded that I need to call for a public hearing. This will provide me with an opportunity to receive oral evidence on a limited number of questions which I have set out at the end of this Note. Whilst it is usual for most neighbourhood plan examinations to be conducted via written submissions, the legislation does allow for the holding of a public hearing.”

The Examiner makes clear that the focus of the public hearing is almost wholly to do with the future of the proposed new Garden Neighbourhood to the south of the town:

“The hearing will focus on the proposals that relate to the proposed Saxmundham Garden Neighbourhood and look at whether the limitations arising from the fact that the neighbourhood plan area only covers part of the urban extension is consistent with the overall aspirations that the new housing development should be masterplanned as a whole.

I need to explore whether the neighbourhood plan which only covers part of the proposed development is the most appropriate mechanism for establishing the parameters through which the new neighbourhood should be planned, especially as proposed boundary changes will bring the whole development under the jurisdiction of Saxmundham Town Council in the next few months.”

The Town Council and East Suffolk Council (the local planning authority) will be invited to make oral representations.

Members of the public are encouraged to attend and listen, but will not be able to take part in the proceedings.

For details of the specific questions the Examiner aims to discuss, see his full Notice of Public Hearing paper. 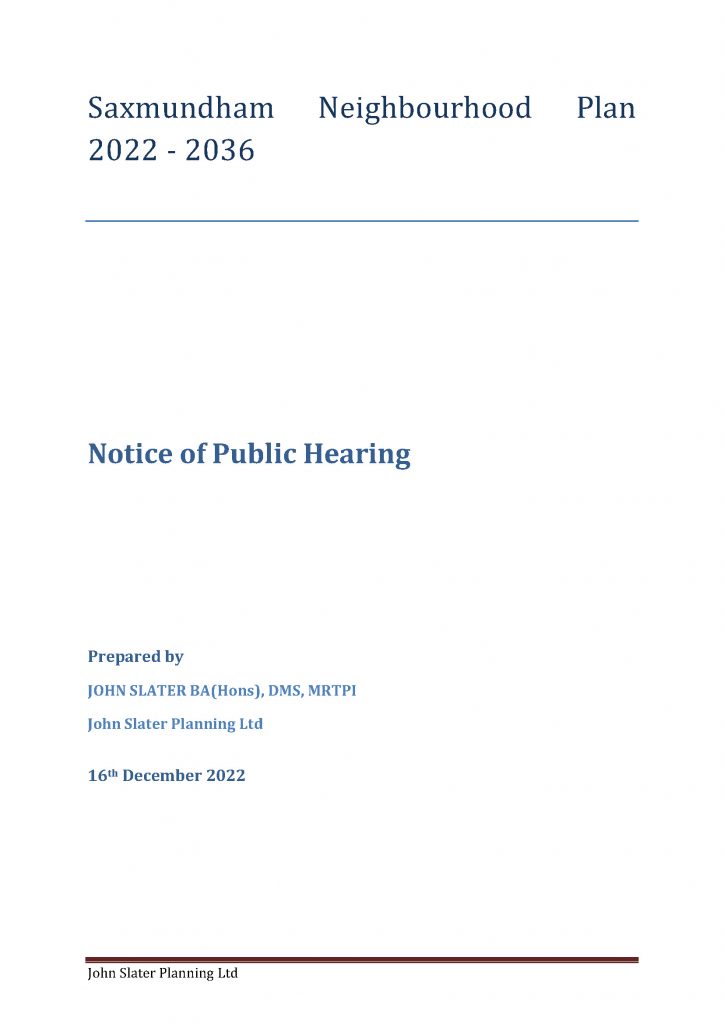 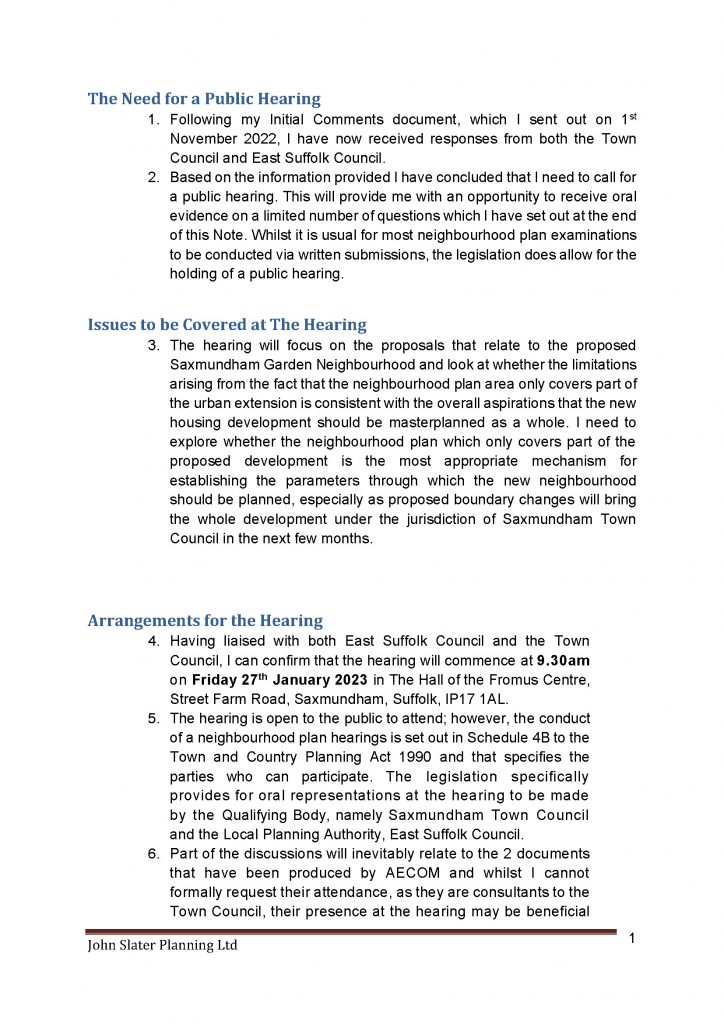 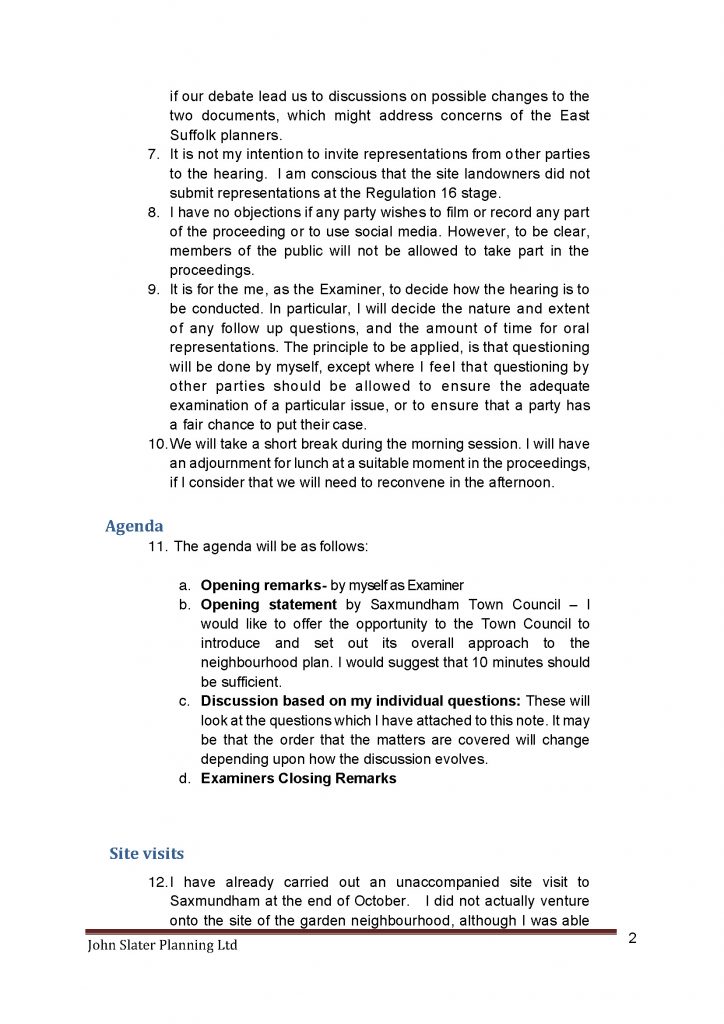 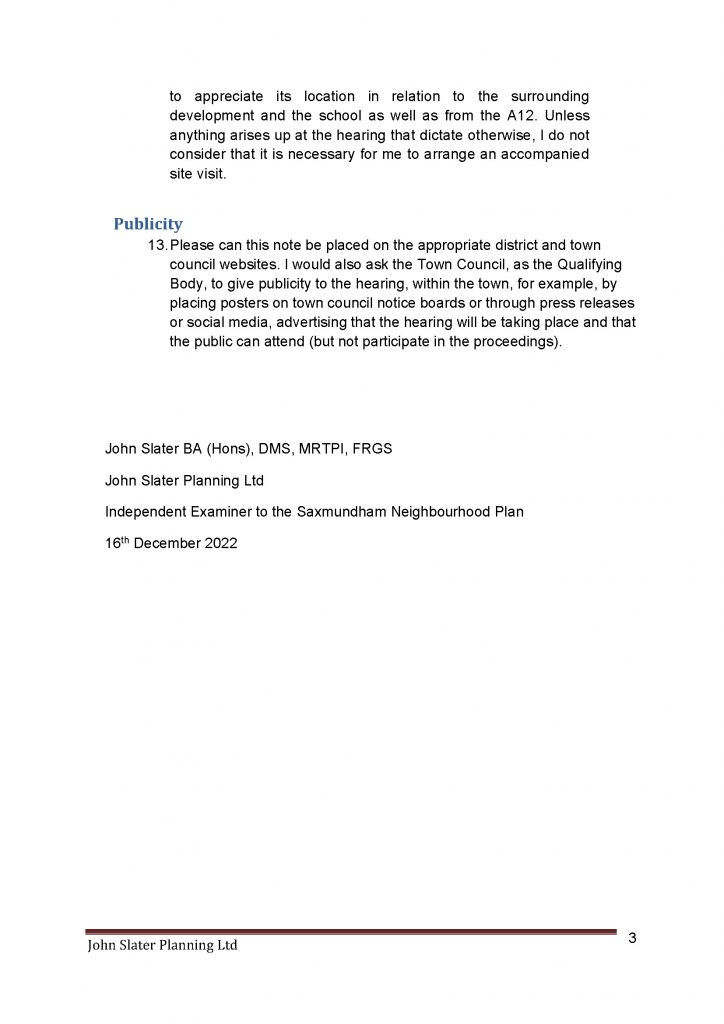 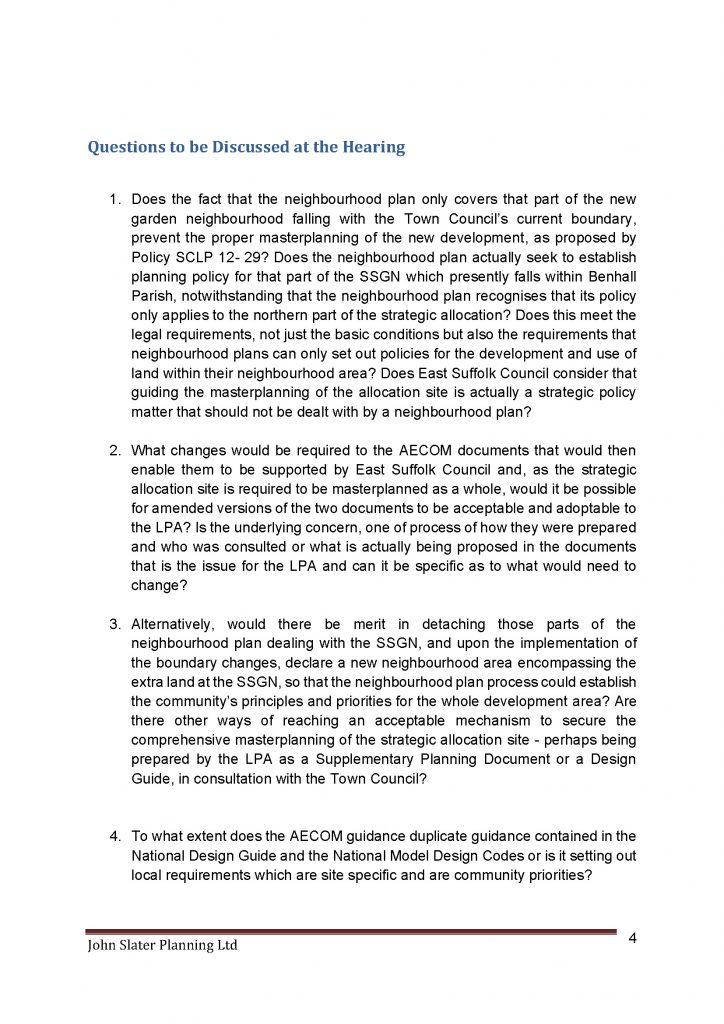