Thomas enlisted in the 4th Battalion of the Suffolk Regiment in Saxmundham probably during 1915-1916.  Starting as a private he gained promotion to Lance Corporal and received the Military Medal awarded posthumously in July 1917.   Thomas perished on 15 July 1916 whilst his battalion experienced fierce fighting on an attack in the Somme region on Switch Trench near the village of Bazentin-le-Petit.  Thomas George Freeman was one of twenty-three killed on that day.

Thomas, similarly, to many shared his life with a large family.  Eleven of John Henry and Charlotte Freeman’s children twelve children lived in Church Street in 1911 where Thomas’s father ran a successful blacksmith, and agricultural implement repair business.  Elsie, Thomas’s elder sister worked as a shop assistant in a boot store and Thomas’s younger brother, Frederick James was a printer’s errand boy. However, Thomas is recorded as being an ‘out of work’ baker’s errand boy.   Tellingly, recorded as being ‘out of work’ rather than unemployed perhaps hints at a work ethic that Thomas seemingly embraced in his military service. 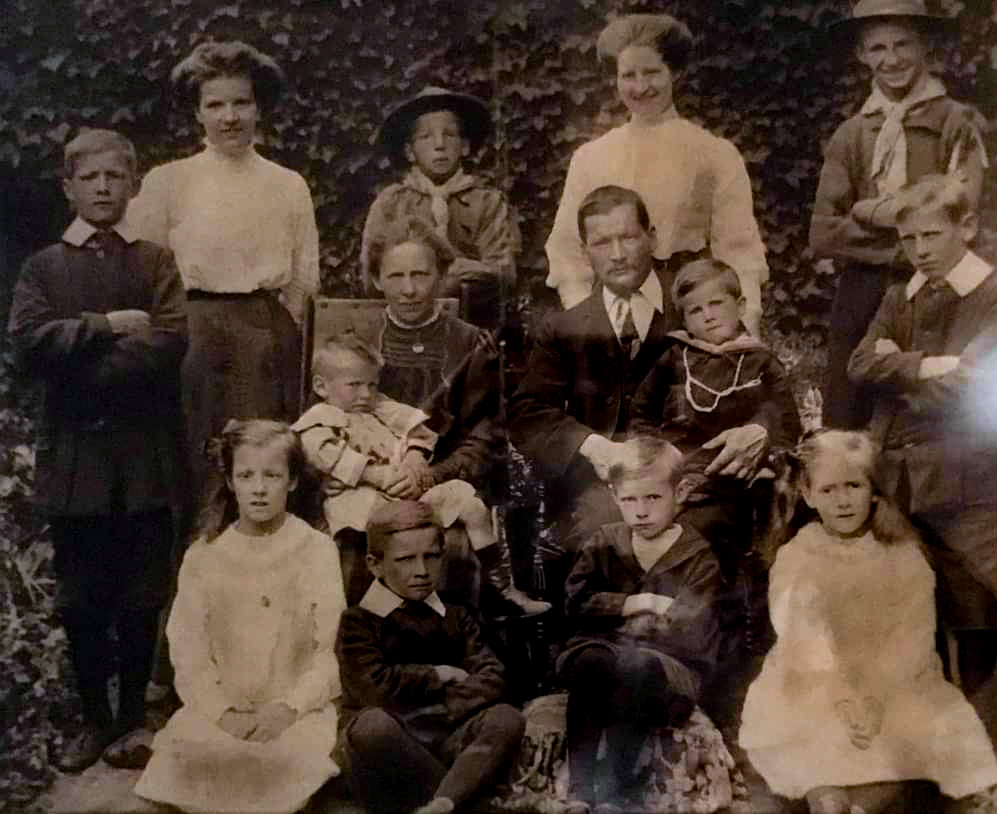 Thomas enlisted in the 4th Battalion of the Suffolk Regiment in Saxmundham probably during 1915-1916.  Starting as a private he gained promotion to Lance Corporal.  He perished on 15 July 1916 whilst his battalion experienced fierce fighting on an attack in the Somme region on Switch Trench near the village of Bazentin-le-Petit.  Thomas George Freeman was one of twenty-three killed on that day.  Possibly Thomas received the Military Medal for his bravery during this battle, albeit as the medal was awarded posthumously in July 1917, and the Gazette records him as a private with his former service number, it could have reflected bravery in an earlier conflict.   Thomas has no known grave and is commemorated on the Thiepval and Saxmundham memorials and also on the Saxmundham Oddfellows memorial.

Thomas’s mother claimed his war pension in 1919 whilst the family still lived in Church Street but by the early 1920s the family moved to Rendham Road.

In 1921, whilst mourning their son and brother, life continued.   Thomas’s father still ran his blacksmithing business, employing at least one person, his brother Frederick was a postman.  Family income was sufficient to allow two of his sisters not to work but to assist their mother at home. Thomas’s younger brother, George Newson Freeman is recorded as a discharged soldier who had re-enlisted for three months in the Leiston Defence Corps and Sidney George, aged fourteen worked as an errand boy for E Packard, bakers in Albion Street, Saxmundham.  Meanwhile, sister, Honor Lillian, worked for H G Crisp as a newsagent’s apprentice.  Interestingly, this sister gained employment that prior to the war would have likely been taken by a young male.  It highlights changing ideas to females working as the war not only brought grief to the town but created a shortage of young men to work and thereby acceptance of female workers.