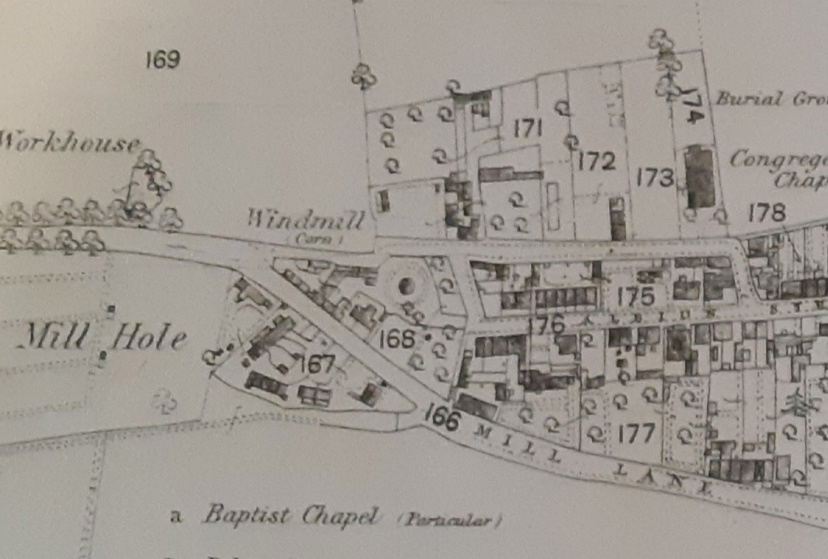 The family history of Hines William Abbott, or William Hines Abbott is rather complex.  The 1891 census recorded Hine’s family split between two Saxmundham households.  Elder siblings Harriett and Thomas lodged with their father in Fairfield Road whilst sister Rose lived with Hine’s mother Harriet and grandfather William Crisp in Mill Hole.  By 1901 united the family lived in Mill Lane.    Hines William enlisted in Bury St Edmunds and initially joined the 3rd Battalion before transferring to the 8th Battalion of the East Surrey Regiment.  Likely Hines William died of wounds received in trench fighting in the Poelcappelle region during the 11 – 13 October 1917, part of the third Battle of Ypres.

Hines William Abbott, or William Hines Abbott’s family history is rather complex.  Hines William, the son of Harriett Abbott was born in the first half of 1894, either just before or after Harriet married William Hines, a council road worker.   William, some thirty years older than Harriet was her second husband.  Her first, Alfred, died in the latter part of 1891.  With Alfred, Harriet had four other children; Harriet A born 1883, Thomas born 1884, Rose born 1886 and Ellen born 1892.  The 1891 census recorded the family split between two Saxmundham households.  Daughter Harriett and son Thomas lodged with their father in Fairfield Road whilst Rose lived with her mother Harriet and grandfather William Crisp in Mill Hole.  By 1901 the family are united. Harriett, now known as Hines lived with William Hines together with offspring, William H, Ellen and Rose recorded as William Hines’s step children and William Crisp at sixty-five noted as son in law to William Hines, who was also sixty-five years old.  By 1911 census, Hines William was the only child still living in the family home. 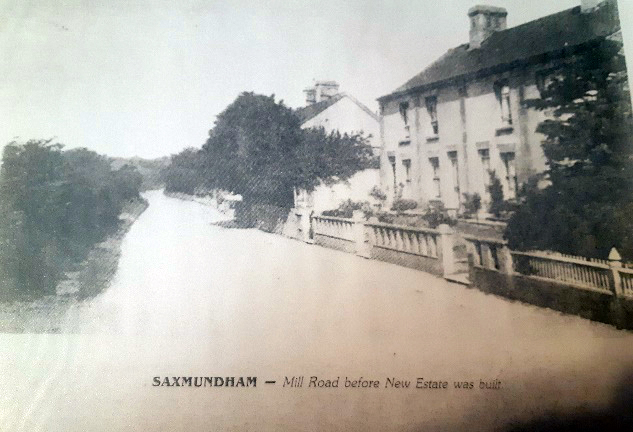 The family remained in Mill Hole, William Hines (senior) now eighty-six was retired and Hines William Abbott was a coal merchant’s labourer.  Hines William enlisted in Bury St Edmunds and initially joined the 3rd Battalion before transferring to the 8th Battalion of the East Surrey Regiment.  In all likelihood Hines William died of wounds received in trench fighting in the Poelcappelle region during the 11 – 13 October 1917, part of the third Battle of Ypres.  A review of the War Diary highlights a damning report for 12 October 1917, from the Lieutenant Colonel.  Lack of guides, changes to objectives without changes to maps, lack of understanding, thick mud, mud jamming the rifles, all contributed to a mortal blow for the battalion and for Hines William Abbott.

Hines William is buried in the Mendinghem Military Cemetery, Poperinge, Belgium, a few miles West of Ypres.  By March 1918, likely suffering from illness his mother, Harriett moved to Princes Street, Ipswich and lived with daughter Ellen Cook.  She died in August 1920 and Ellen arranged for her brother’s grave memorial.  The personal inscription reads: ‘THY PURPOSE LORD, WE CANNOT SEE, BUT ALL IS WELL, THAT’S DONE BY THEE’, ‘Son of William Hines of Saxmundham, Suffolk and the late Harriett Hines’.  William is commemorated on Saxmundham Church, Chapel and Town Memorials. 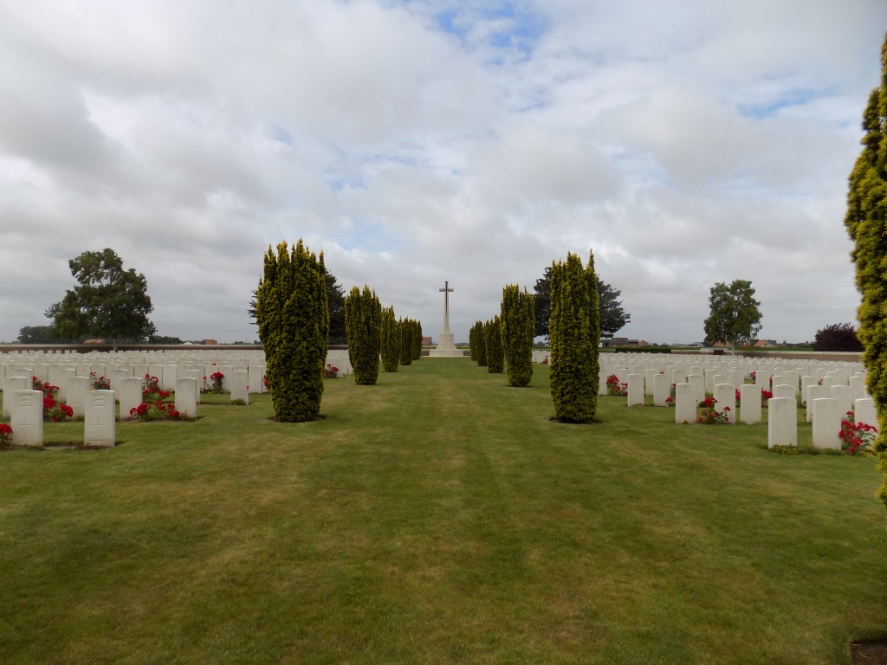 John Richard Good, born in Saxmundham, the only son of John, a builder’s labourer and Annie was employed as a Grocer’s errand boy in 1911 and lived in Mill Road.  His two elder sisters Alice and Grace respectively employed by James Malden, miller and merchant of Kelsale and the Overcliff Hotel, Westcliffe on Sea, Essex had both left home.  John Richard enlisted in Saxmundham and initially joined the 3rd Battalion, Suffolk Regiment.

John Richard has no known grave and is commemorated on the Thiepval Memorial, Somme, France.  He is also remembered on Saxmundham Church, Chapel, Fromus Square Memorials and the Oddfellows Memorial plaque that used to hang in the Market Hall.  His mother widowed just over a year earlier, claimed John Richards dependant’s pension.

By 1921, Alice and her husband William Coxage plus their three children joined Annie in her small home in Mill Lane and latterly Annie’s pension of 7s per week was assigned to Alice. 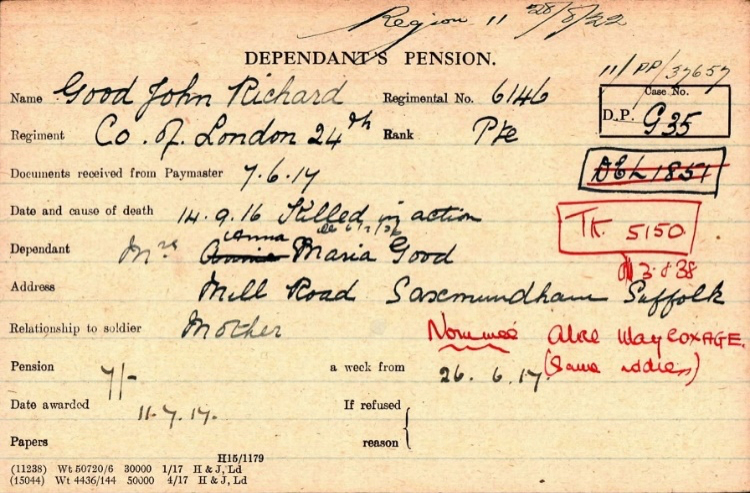