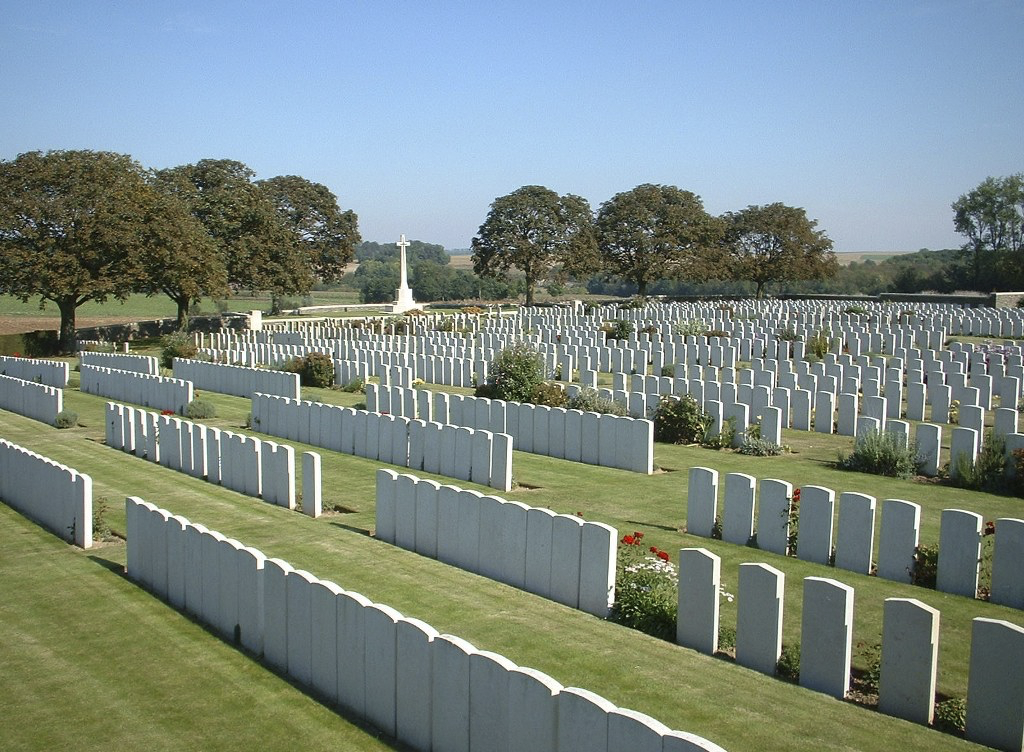 William Frederick Camp-Jermyn is commemorated on Saxmundham Memorials, albeit no record exists that records him or his father living in the town.  Potentially his sister Edith resided in Saxmundham as her daughter’s birth was registered in the town in February 1917.  Undoubtedly William was brave.  He enlisted in the Suffolk Regiment in 1914, gained the Italian Bronze Medal in 1916 and was promoted to Acting Company Sergeant Major.  However, William’s biography highlights more than bravery and war.

Buried in the Rocquigny-Equancourt Road British Cemetery, Manacourt, a cemetery used mainly by the Casualty Clearing Stations, Clifford’s grave is inscribed with the words: ‘Oh For a Touch of a Vanished Hand’.   Clifford is also remembered on the family headstone in the United Reformed Church graveyard, Chapel, Church, Fromus Square and Oddfellows Saxmundham memorials.  His parents probably never visited their son’s grave but were reminded of him in their hometown.