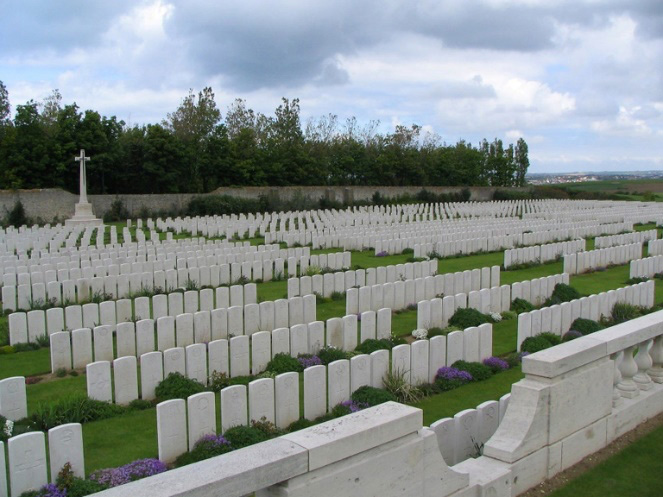 and his younger brother

The youngest of eight children of George Frederick and Mary Ann Cooper both Bertie and Spencer lost their lives serving the country.  Spencer perished during conflict and Bertie died whilst serving in France during the aftermath of war.  Their father George F Cooper was a carpenter and the family lived in Silverlace Green, Benhall.   By the time of the 1911 census, the family had moved to 5 Chapel Road, Saxmundham.   Sadly, the boys’ father died in December 1910 and in 1911 the household consisted of Mary Ann, her daughter Emily Maud Cook and her son, and four of Mary Ann’s single sons including Bertie and Spencer.

Spencer enlisted in the Suffolk Regiment aged nineteen years old and was posted to the Western Front in November 1914.  The Commonwealth War Grave Commission recorded that he served in the Wiltshire Regiment however he died on 24 April 1918 whilst fighting with the 2nd Battalion of the Berkshire Regiment in the Villiers-Bretonneux region. Bertie survived the fighting and married Lizzie Fairweather, from nearby 3 Chapel Terrace in 1919.  Sadly, he died in an accident in France in December 1919 and is buried in Terlincthun British Cemetery Extension, Wilmille, France.

Bertie employed as a stonemason enlisted in the Royal Engineers, Signal Battalion and served overseas after 1915.  The signallers were involved with communications and likely his practical combined with numeracy and literacy skills required for stonemasonry made him an ideal candidate for his job.  Bertie survived the fighting and married Lizzie Fairweather, from nearby 3 Chapel Terrace in 1919.  Sadly, he died in an accident in France in December 1919 and is buried in Terlincthun British Cemetery Extension, Wilmille, France.   His grave inscription reads ‘Ever in the thoughts of his loving wife’. Lizzie his widow of less than a year, never remarried and still lived in her family home in Chapel Terrace until 1939. 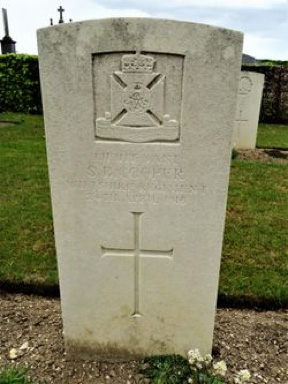 Spencer, employed as a printer’s errand boy in 1911, enlisted in the Suffolk Regiment aged nineteen years old and was posted to the Western Front in November 1914.  The London Gazette 28 August 1917 reported the promotion of cadet Spencer to the rank of temporary Second Lieutenant in the Wiltshire Regiment.   The Commonwealth War Grave Commission recorded that he served in the  Wiltshire Regiment however he died whilst fighting with the 2nd Battalion of the Berkshire Regiment.    He died of wounds 24 April 1918 likely incurred in the Villiers-Bretonneux region possibly during the German offensive, Operation Michael when the enemy captured the town of Villiers-Bretonneux.  Spencer is buried in the Daours Communal Cemetery Extension, Somme, France.

Spencer left all his possession to his mother, and she received his war medals.  Albeit, from the Medal Record Card, Mary Ann Cooper likely queried why her son’s medal had been inscribed as Private S B Cooper.

Both Bertie and Spencer are commemorated on the Saxmundham War Memorials.  Both touching and interestingly, the brother’s names appear consecutively, slightly out of alphabetic order as Charles George Cooper’s name appears after Spencers.     As both brothers were members of the Oddfellows they are remembered on the wooden plaque that used to hang in the Market Hall.  Mary Ann and Lizzie Cooper both subscribed to the Memorial Field.