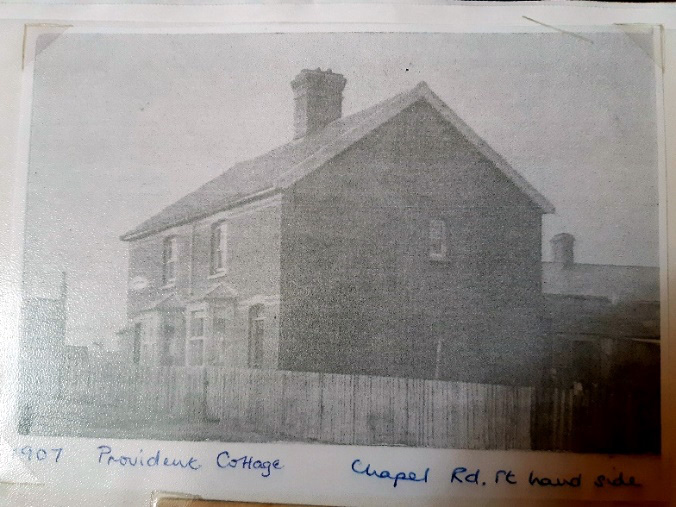 Albert Edward Chapman’s father originated from Bruisyard but moved his family to Saxmundham in 1895-1896.   Albert enlisted in Saxmundham and died during fighting south of Marteville and is buried in the Savy British Cemetery in St. Quentin, France.

Albert one of fourteen surviving children of fifteen in 1911 lived with his parents and three older and two younger siblings in Provident Cottage, Chapel Road.  His father, Henry Charles, a former wheelwright, originated from Bruisyard.  In the 1911 census, Henry Charles is recorded as a sawmill foreman ‘converting English timber’ and Albert whilst still at school worked as a baker’s errand boy. (Thus, he likely delivered bread before school and at weekends).

Albert enlisted in Saxmundham and joined the 1st Battalion of the Gloucestershire Regiment.  He died during fighting south of Marteville and is buried in the Savy British Cemetery in St. Quentin, France. 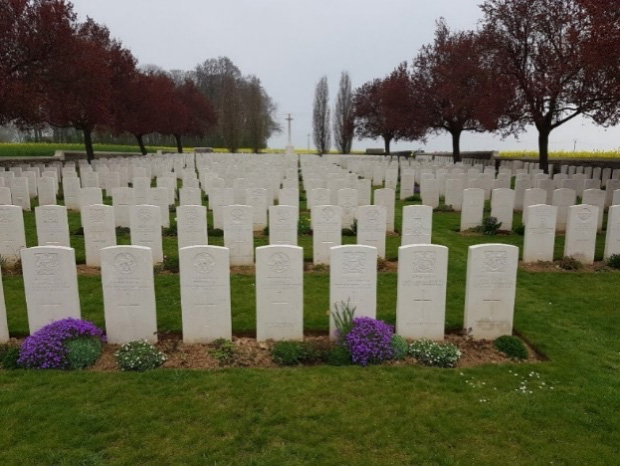 A. CHAPMAN, WE AWAIT, THE RESURRECTION MORNING, DEAR BOY

Albert is commemorated on the Saxmundham Church, Chapel and Town memorials.